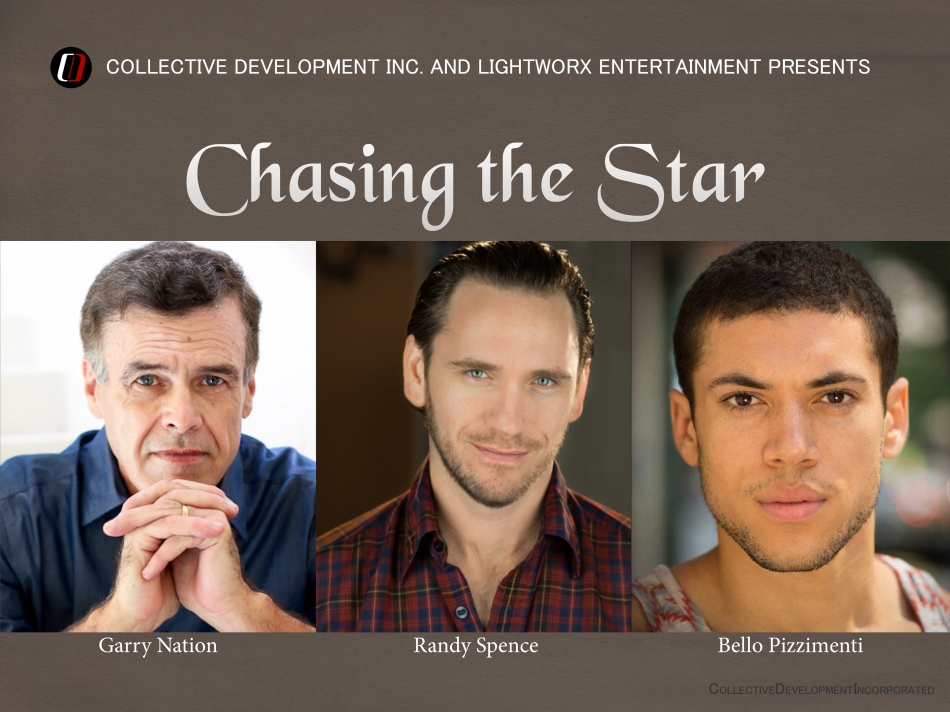 Today we are doing final prep on “Chasing the Star” the second film in our QUEST TRILOGY. I’m happy to announce that these three gentlemen are the actors we landed on after looking at reads from around the United States. These three are representing the Texas, South Carolina and NYC (By way of Michigan) markets. If you work hard you can make it happen from anywhere. It’s been fun to see all the artist come together – every day new props, new wardrobe tests, new gear arriving and new family. Yes. The film family is a unique experience and as a producer I’ve always strived to create an experience that people will remember. I think we’ve been doing that at Collective Development Inc. for some time. Even those early films like “From Venus” and “Heaven’s Neighbors” were filmed with great care creating lasting memories for all.

While this new film is launching we’ve been heavily promoting and pushing our other films to market. We’ll be doing our Yuma, AZ “thank you” premiere of “40 Nights” on March 13th, hosted by Champion Church. They helped us with everything from background talent to use of locations. The Lansing/Grand Rapids theatrical run of “40 Nights” has just expired. We’ve been approached by many interested people who wanted to see the film on the big screen, so, we may move the film to the Sun Theater in Grand Ledge or other such venue to keep that momentum. Many are asking us to bring it into Detroit via one of the chains there. We will try. Here in AZ we’re looking at a meeting with Harkins Theaters to do a run, so we’ll see if that comes together. April 5th is the “40 Nights” DVD release at most major retailers. The streaming release looks like it will happen in June – more on that soon! You can pre-order the film DVD at several retailers but here is just one.

We also just released distributor poster art for “BESTSELLER,” which releases in May. This film is a great curl up and watch thriller. Be afraid!  “Ashes of Eden” is another film of ours that releases on April 5th – great story, music and performances.

I will write more later but right now our team is doing a dozen different things to final prep for tomorrow. Because tomorrow we start “Chasing the Star” …

Keep clawing your way towards your dreams!