Day 5 and some Wild Faith Updates

NOTE: Due to storms and internet this is being posted on Monday

Good morning from LOST HEART:) Actually I’m writing in the late night here so I can post before bed. We at have a very full day tomorrow plus we producers are moving into the production rooms after a nice stay during pre-production in the suites. Our crew is enjoying their condos and the area has a serene nature to it. This is the grounds where the infamous ELECTRIC FOREST festival takes place. We were offered passes to this but we had work to do. Plus the older I get the idea of tens of thousands of people does not appeal to me. But it appeals to many people in the 50-70k range. We’ve knocked down our first four days of shooting and after a day of rest we are back at it. We had our biggest day yesterday with lots of extras at a beautiful location in Whitehall. It is a Bed & Breakfast owned by the mayor of the town and her husband. It is called The Lewis House. I got to make some great moments with Don Most, Victoria Jackson and Melissa Anschutz. Old friends and new are being made on this shoot. These two talented actors from Michigan will be joining LOST HEART. I’ve enjoyed all the positive on the story and script and it is a pleasure to see how invested each actor is in their role. Also the artists behind the camera have worked very hard to capture our moments. The heat was very hot but we had good holding areas and won our day.

WILD FAITH just keeps getting recognized. We did not enter this festival so it has been a surprise and an honor to first be recognized with a JUSTICE AWARD and now they announced recognition for set design. IF you have not watched this film and you like what we’re creating please do take a watch. 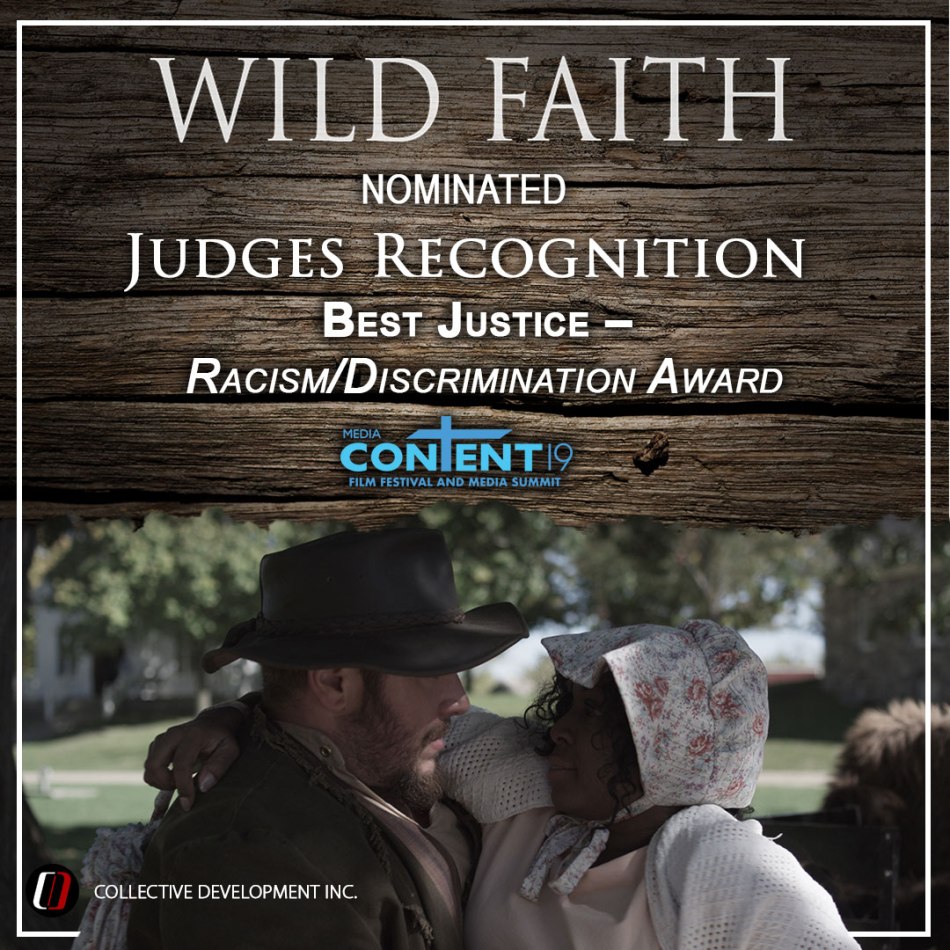 I posted some PR earlier. Almost immediately I saw that some young living historian we had in the film negatively commented that the film wasn’t worth watching he heard because they were only seen for like 5 secs. First I told him, watch it. The flashbacks to war are much longer than 5 seconds. He also was going off someone else so I told him to watch it. Also people are subjective in what they like and don’t like but make up YOUR mind. Also if you love to present your impression of a Civil War soldier to an audience our film probably will give you once of the biggest showcases of your career. Millions of eyes foreign and domestic but for this fella if he did not get enough screen time the project wasn’t worth it. I can say that in twenty years when an older man looks back at a film that immortalized a younger him in a great story, it will be worth it. It isn’t always about you. Sometimes were are part of something bigger together. I sincerely hope this person finds some peace in his life. I can’t always figure people out. I was nice. He was nice back. He wants to still watch the film. Watch it and make your own opinion. Don’t be a sheep.

Kudos to Jen Raine and Austin Two-Feathers and let’s not forget our director Mr. Low seen in the background. He cares about these films like we do and LOST HEART will make his third with CDI in the directing chair. Congrats to all the cast and crew.

MBF: Man’s Best Friend – We have a lot of upcoming announcements concerning this film but I am going to make you wait. It is past my bedtime and I have our second biggest day shooting on LOST HEART. So I will withhold a little until next week. I’m also trying to confirm a few things.