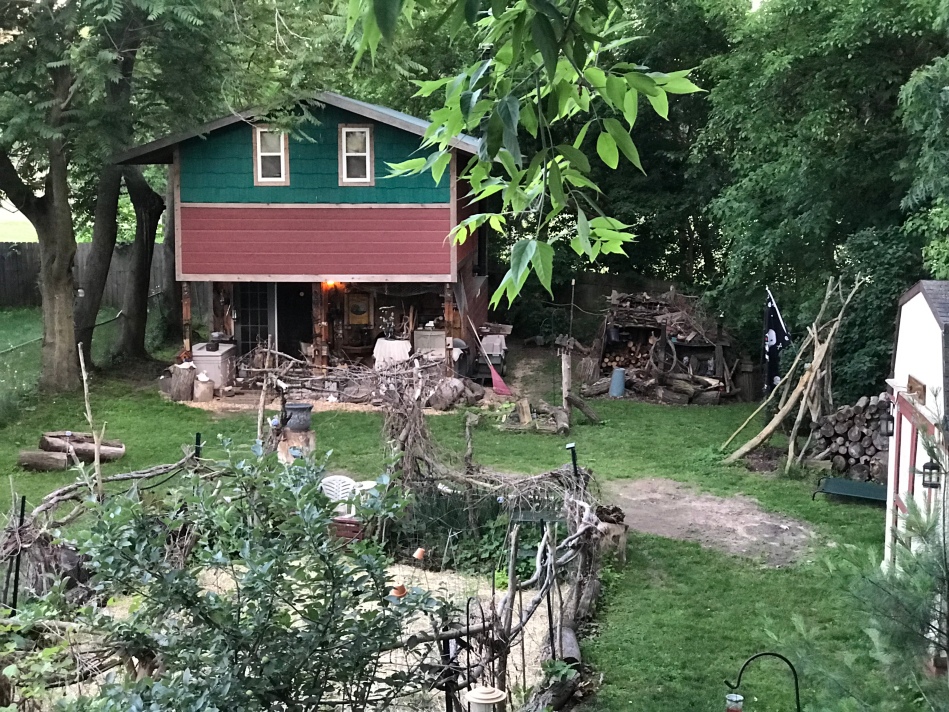 So today is the 1st day of my last year in my 40’s. How is that even possible? Time marches on and I’m blessed to say that I’ve almost hit half a century with only modest setbacks. Thanks to my love of the outdoors, soccer and martial arts I’ve managed to stay healthy. A few creaks in the joints on occasion and recovery from soccer battles might take an extra day or so to heal. I try to eat healthy and keep active and so far, so good. It feels like being a senior in the class of 40’s and soon I will be the ‘freshman’ in the 50’s. I was going to have a CDI/bday gathering yesterday but we cancelled when they called for rain. Well, it ended up beautiful outside. We worked the yard with leisure and put up some new lights in the yard that Santa Claus had brought me. It was a good day and much more relaxed. We will do an October Harvest party with more to be thankful for. 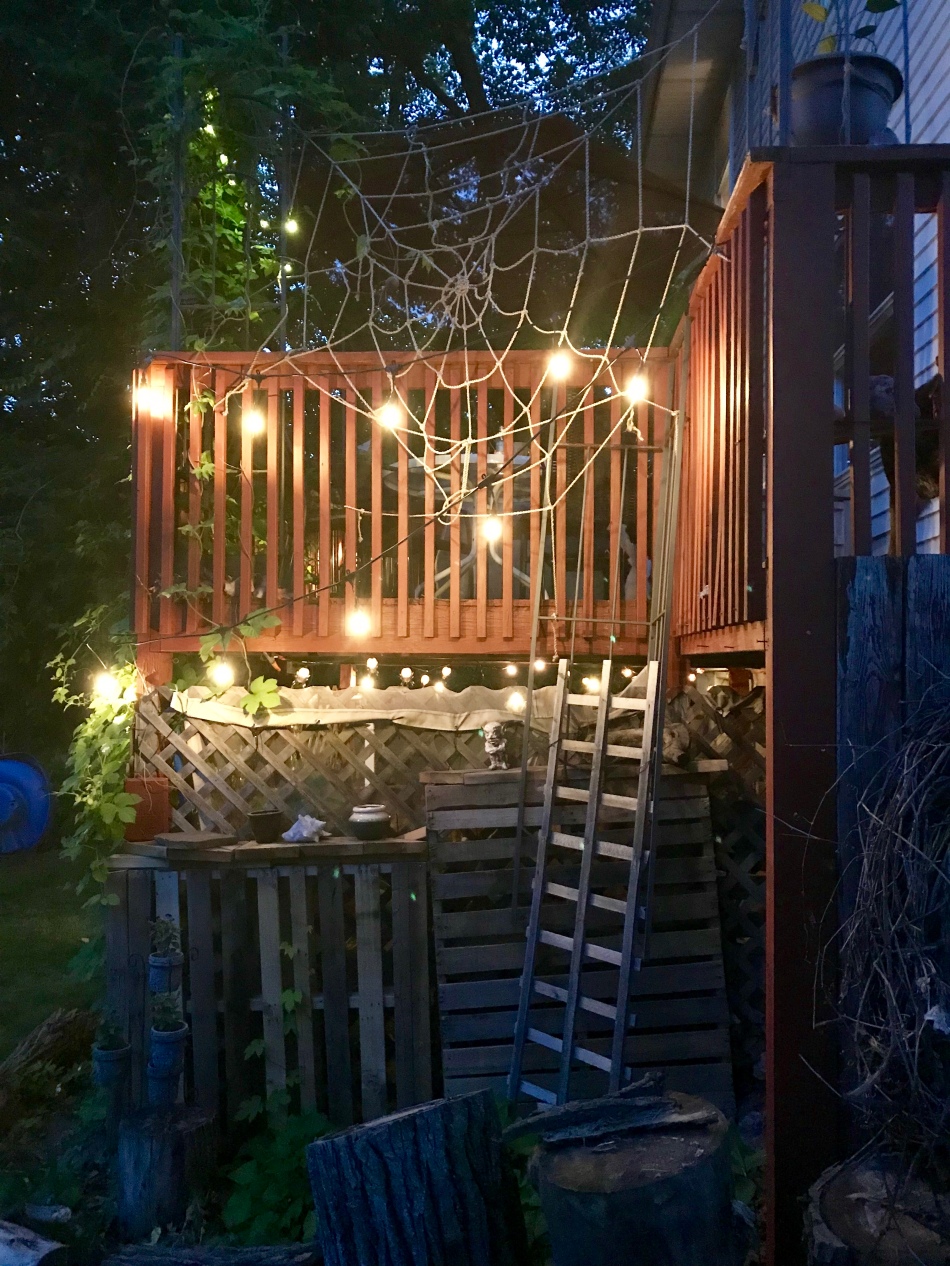 MBF: Man’s Best Friend – I was getting my special thanks around and the end credits are being worked on. I will be doing a watch through on Weds I believe before any last tweaks and we start to render for delivery to myCinema and Bridgestone. I’m immensely proud of this film and the topics in highlights. We’ll be starting up PR on this film with release dates in July. Congrats to all our artists involved.

WILD FAITH – TOMORROW June 24th is our DIGITAL RENTAL for those that want to take a watch but not own it. BUT if you like what you see the DVD is for sale starting July 2nd at several locations. Family Video, Target, Best Buy, Wal-Mart, Amazon… The larger audience will get a chance to meet these wonderful characters in this late 1800’s world. If things progress along the same lines a sequel and/or TV series could be coming in the not-to-distant future. Congrats to all the artists involved.

THE QUEST TRILOGY – People are continuing to enjoy the three films in our trilogy FORTY NIGHTS, CHASING THE STAR and THE CHRIST SLAYER. I’m excited to see these three films continue to expand into more countries and onto new platforms.

LOST HEART – My world has been full of the fictional town of Lost Heart, Michigan. A  small, semi-touristy lake town. Birthplace of fictional mega Country star Hannah Sweet. We announced Josh ‘Ponceman’ Perry and Don Most to our cast. We still have a few great artists to announce that will be joining us. Our young female lead is an ex-Michigan native now making her way in Nashville. The other is a SNL alumni who is beyond talented and will bring one of our leads to life. Another talent joining us was in CDI’s very first film and most recently in Wild Faith. So stay tuned for more announcements in the next few weeks leading up to our shoot.

We have a great crew shaping up and this is great development for the possible TV series and more. We are working hard to bring CDI production up under a few studios for future work. The number one thing I look for in cast or crew is the right attitude and of course talent. It is easier to develop talent versus attitude. I’ve had many ask me about “secrets” or “keys” to success and I will share this one tidbit.

LOOK AT THE LONG TERM NOT JUST THE SHORT TERM.

So many people ruin avenue’s for lifetime collaboration and revenue for a short term gain. I have people that I’ve worked with since the late 90’s cast and crew. A shoot is usually only 3-4 week commitment tops. I’ve seen people act as if their entire year is based upon those few weeks. I watch the film challenges, the fan films, the fun festival films and know that these are not paid. I see the hard work, the smiles and the final wrap pics. With some you get immense appreciation and others whatever offered will never be quite good enough. If your other choices during the remaining 48 weeks puts you in a place where a lower paid feature is not acceptable you are doing something wrong. I like those good pay days like anyone else. We have a new roof to put on the house but often it might take several smaller jobs versus one big one to get the needed money. If I like the project, the role and the pay is on level with other’s involved I will usually do it. They grow. The pay grows. It is a lifetime relationship of collaboration, art and pay that is being nurtured. Think on that one.

I am where I am by respecting numerous small relationships and collaborations. I appreciate and value every person who has ever put a dollar in my hand. I appreciate and value those who have helped me tell a good story with their blood, sweat and tears. I cannot speak for all the producers out there and I know some have flawed business models in my opinion. Hell, we are far from perfect in our own but anyone close to us will know how hard we work to try and do things right. But until you are out trying to raise money off an idea put to paper – you don’t know. It might be a corporation but it is still a small group of people working really hard. When you are trying to be fair to everyone some bumps in $ across the board can add up to thousands that producers don’t often have. I hear of lodging nightmares of tents, people sleeping in cars, 10 people in a cabin with one bathroom – but we are just as concerned with living conditions as the camera lenses. Now with your first film you might do what has to be done but quickly you see that the added things you do for cast and crew show up in the final product. I’m excited for this next adventure in part because of the cool lodging that our cast and crew will be able to enjoy. This is because we are a team who cares. We care about our artists. We care about the locations we are allowed to use.

While typing above I was remembering what a mess the original BESTSELLER film was before CDI took over and reshot everything. We had to change the minds of many people and we did. Shame on the management that allows that kind of bad reputation to fall on our industry. So PLEASE don’t just look at what happens in front of the camera. What happens behind the camera is equally important and DOES effect what happens in front of the camera. OK. Enough filmmaking secrets.

I’m going to hop off here and get cleaned up. I’m going out to eat and spending some time with family and friends. Tomorrow it is back to work on the LOST HEART pre-production. Thank you to all the kind people who have reached out with birthday wishes. Here is my hazelnut coffee CHEERS to you all. Have a great Sunday and remember to be good to one another. Keep following those dreams.