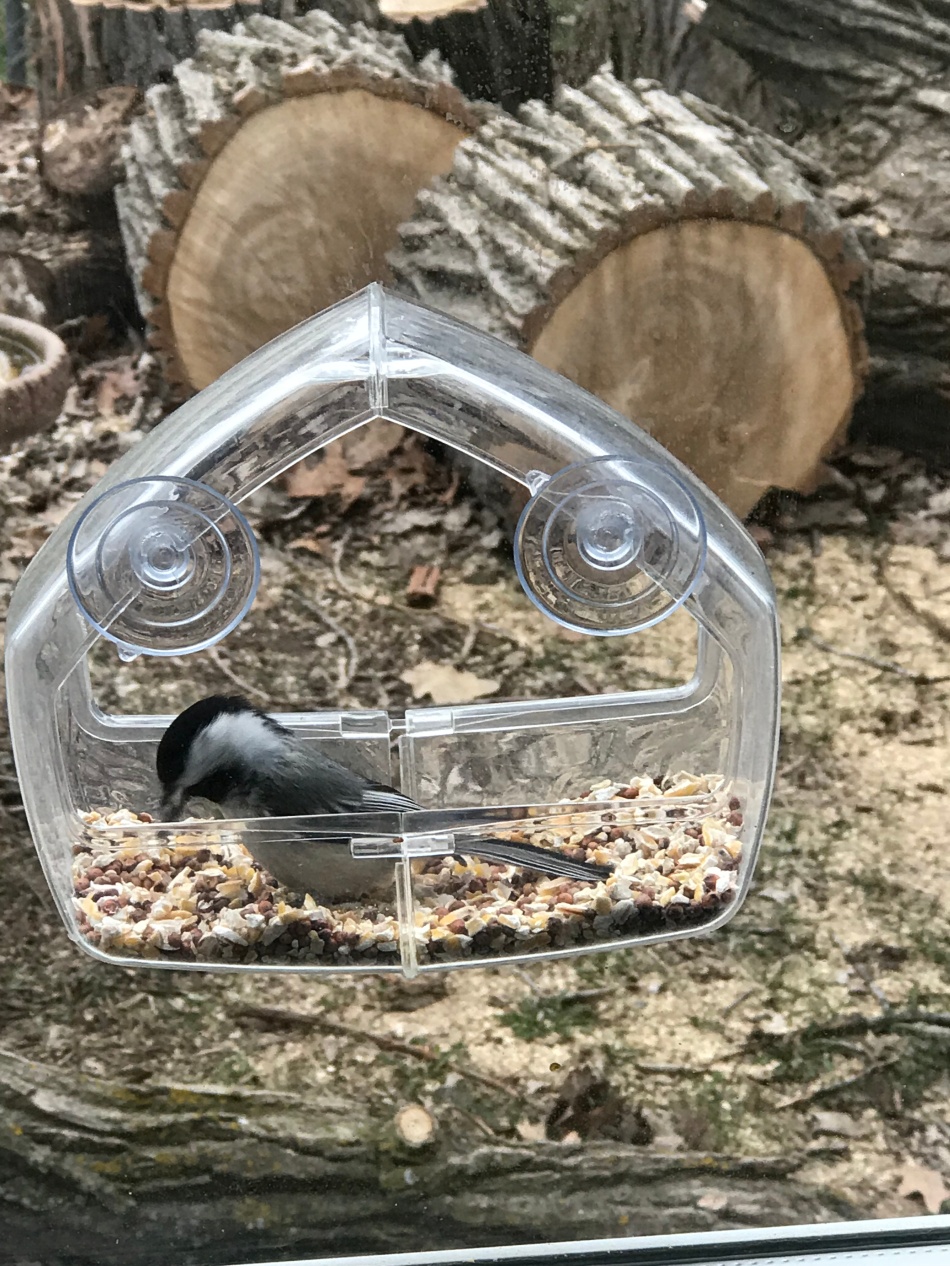 I’m sipping the hot hazelnut (coffee) on this frozen Sunday watching the squirrels eat the left over squash and strawberries from last night. I want to welcome our readers from Chile. We’re glad to have you with us as we recap another strong week of updates.

Let’s start with the music video I participated in as camera talent. I was approached about acting in ‘My Ghosts‘ a music video.  I was taken by the story/concept script for the music video. The artist (Trey Connor) was strong in his genre and style and the director (Tomaki Boaz‘s) previous work showed he’s a strong developing storyteller.

I was trying to match their premiere date with one of our “Wild Faith” showings to give them a nice plug. The dates did not work out and they released the music video yesterday. I’m proud when I see young people not just interested in ‘playing‘ with the camera but developing their business. One wrong variable can decrease overall production value if not addressed properly. I enjoyed seeing the happiness these young filmmakers had in presenting their final work yesterday. The producer was proud of producing her first music video, as she should be. Of course friends and family first rush to give their congrats. And I see one individual whose response was something like “Umm do you want my honest response?” – First by logic alone, anyone who references an honest response is ultimately saying that usually they are not honest in their responses. But this “bait” was an obvious setup for someone to go against the grain just for attention.  This producer wasn’t commenting on the video but the process of taking something from concept to final product. It’s a skill sorely lacking in many circles – you know who you are. So you’ve got this guy wanting to throw stones at young people not playing filmmaker but actually doing business as filmmakers. I usually stay out of such things but I had to call him on his withheld opinion. What enlightening words is he about to drop with his honest opinion? EVERYONE has or should have an opinion on everything – that’s called thinking. It doesn’t make anyones opinion any more special.  Many have been brought up in the age of “say anything behind a computer” where class, politeness and sincerity is often overlooked. If this person had something truly caring and constructive to offer they would offer it in a private discussion versus a public tease of offering judgmental, opinionated honesty. ** NOTE: This individual clarified their post and brings up good points on “bandwagon liking” everything out there. I’m glad to be wrong here but know the rock throwers will emerge. That too is a skill artists must learn – to suffer the slings and arrows of critics. I say don’t ride the rollercoaster of up’s and down’s – steady as she goes is the best policy.

I can tell just by the words people manifest if they lead a positive life that opens new opportunities or a negative life whereas the world is always keeping them down. I’m not sure what this guy will respond with but if I was looking to hire someone – I know which individual will likely be presented with new opportunities. It’s pretty easy to identify the people who will continue to fill themselves with venom and spread it. Social media actually makes it quite easy for employers to get a psychological profile on people. Negativity is a poison that nobody wants in their work environment. If Trey’s music is a far cry from your daily dose of death metal like SLAYER – cool. There are many who don’t get the art of those bands who growl and slam about in mosh pits either but it doesn’t make it any less enjoyable for those others who embrace it. I’m just saying, having an opinion does not always require giving an opinion. Sometimes best to say less or nothing if you’ve got nothing nice to say. Honesty can be used to help or hurt, the intention is what I look at. When done to showboat publicly it’s mostly used to hurt. When done personally and privately it’s usually done to help. NOTE IT. Enjoy this music video created by some hardworking young people making their way into our industry. What I love is I don’t have to make any apologies for the work. It’s solid.

Speaking of young people in our industry – I went to the local Lansing, Michigan CCFF mixer Thursday night to support this event. It is exciting to see so many passionate about our industry. Congrats to all those who work so hard  to provide that experience. It was good seeing a few old friends down there. The coconut shrimp and other eats were wonderful. I hope they have a very successful 2018 fest.

As “Forty Nights” contines to play strong on Amazon Prime and other platforms along with “Chasing the Star” – the 3rd installent is under construction. “The Christ Slayer” trailer is finished save conforming and color correction which will start next week. Soon audiences will get a peek at Part 3 which will be in theaters on the run up to Christmas and home video for Easter 2019. It looks amazing and that is because of all the talented artists led by our director Nathaniel Nose.

We’ve just completed our Novi, Michigan theatrical run with “Wild Faith” and now we’re about to open in four new Michigan cities. HASTINGS! JACKSON! KALAMAZOO! BATTLE CREEK! These special event showings are happening because of you demanding it. Contact your theaters and get contact info for their management to pass along. We’re working on a dozen new showing locations and we’ll try to get close to you. We’ll keep moving and playing the film on the big screen all Summer until our Fall home video release. But do yourself a favor and go see it on the big screen. I may attend the first Hastings screening on Monday. So far we’ve had a great time touring with our (mid) western and I’m appreciative of our audience’s responses.

Next month “Wild Faith” will join “Chasing the Star” in Florida for the International Christian Film Festival. Both are up for numerous awards but I’m just excited about more people being able to experience these films on the big screen. Rebecca Lawlor our main EP on all three films in The Quest Trilogy will be there to represent Collective Development Inc. – also attending will be Shane Hagedorn, Lauren LaStrada and Jesse Low – all three who were nominated for “Wild Faith” and I wouldn’t be surprised if Garry Nation attends for his nomination of Best Actor in “Chasing the Star“. 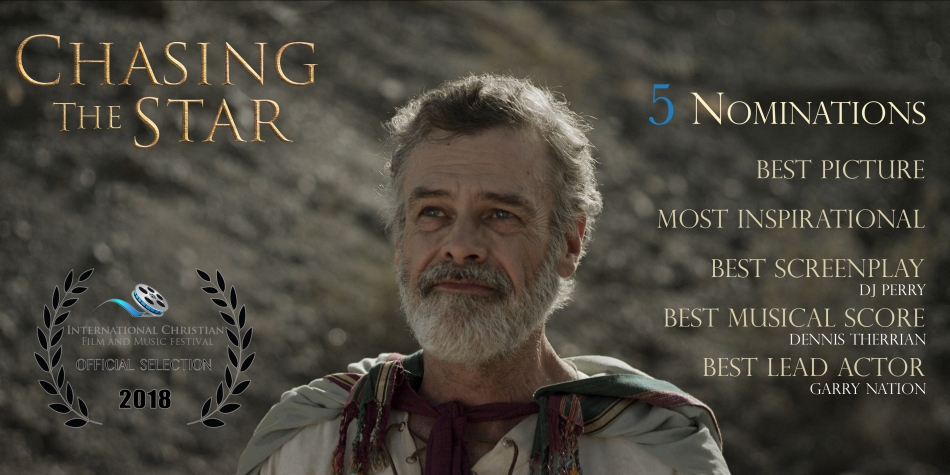 MBF (Man’s Best Friend) – We’ve just received the last of our paperwork/funds and once I deposit the final check on Monday the new ship will be seaworthy. We’ll have our shooting script and shoot schedule set next week. Casting and crewing paperwork will be underway in the next two weeks. The process of “finding” the character has been interesting. I’m playing the title role in the film and love the challenges it presents. I’m excited about all the great talent we have gathering on both sides of the camera. This will be another great CDI story to tell. We launch the ship (roll cameras) in May and will finish in early June. Among the exciting developments is a visit from a major cable network to our film set. Let’s just say it has to do with ANIMALS🙂

I’ve also been in heavy writing and development mode – and I’m very excited about that. CDI is in talks on content creation for a few emerging studios. This could mean some very exciting on-going things for the tribe at CDI. We’ll also be announcing a new on-going commercial deal that CDI has with another major corporation. TV series and new feature films are all on deck. I’ve got a few really big meetings coming up this month. I’m actually more concerned with the travel arrangements versus the actual meetings. Talking business and films doesn’t stress me at all but travel and technology has done that on occasion.

I’m going to jump off here to seek some food and also do some creative writing. I hope some of you will make it to the “Wild Faith” showings. I have more meetings this week. I’ll also be prepping for my short upcoming business trip. I wish we had that teleportation technology in action. Enjoy the week ahead and be good to one another.