Saturday Will Be Blogs Until Thanksgiving – Hello ALGONA!

We are at the end of our pre-product week here in Algona, Iowa. We have the MSU vs U of M game on the TV which we work away. Saturday is our day off during the shoot but as you know us producers don’t really get a “true” day off. So from now until Thanksgiving I’m going to be doing my blog post on Saturdays. We started doing Saturdays off several shoots back since it allows crews to have more options open to take care of day to day things like mail, laundry and such.

Our pre-production caravan hit a small snag about 4 hours from Algona when the main RV filled with wardrobe and props had a belt break. The ‘Rambler’ was brought to rest in a parking lot of a grocery store. We had a friendly ex-Marine mechanic who agreed to meet us there in the morning. We sent our director and UPM ahead and I stayed in the RV with our Transportation Captain and Armorer. The Rambler lost power and so after an improve guitar jam fest we slept in the freezer, I mean RV. I got cold but after putting a few WW2 wool blankets over me, I was not going to freeze. Our Marine came to our rescue on a day that started pouring and continued all day. He really saved the day and we got to Algona the next day a bit sleep deprived but safe and sound.

BEST YEARS GONE which was just delivered to our distributor is prepping for their home video release campaign in early 2022. Meanwhile we have more opportunities to play the film theatrically and are working on those dates now. We also might have a special screening one night here on a day off for the cast and crew. Some really great news coming on that front.

WRAP UP – This morning was the last day of pre-production and the morning started with a haunting fog over the lake and now we have some beautiful sun. We had three days of rain but now for filming we’re suppose to have a week stretch of nice weather. Jeeps, trucks, extras and more all coming together to help create our world. We had first airport pick ups with actors flying in from all over the country last night. The remaining crew will also be rolling in today and prepping for an exciting day 1. We are filming our first 4 days in a historic park with a period farm. I’m so proud of all the departments which are all now humming along. This is going to be another great story. Fans of Anthony Hornus’s MBF: MAN’S BEST FRIEND will love this new film. He has been working hard to pull the vision together. I will update you all for the next couple Saturday’s versus Sundays on the filming. I know this journey in storytelling will bring new friendships together that will last forever. Speaking on friendships – cherish them just like family because sometimes you don’t know when some will leave us. This week we found out our good friend Pappy, David Papenfuss passed away. Mere hours later I found out that one of our childhood neighbor’s husband, also passed. He use to work for an airlines and if I’m not mistaken he might have given me a flight voucher back in the day for one of my early Hollywood trips. Either way, both passed away from Covid and so while things are getting better please do be careful. I saw Pappy at an afternoon get-together on my birthday. He once again brought me a musical card as that was his thing. I have Star Wars, Superman and Indiana Jones cards from him. Little did I know that the last one was the last one.

Cherish your loved ones.

Good morning from Algona, Iowa! I’m sitting looking over a small private lake with an abundance of wildlife. This state on the other side of the big lake is not so different from Michigan save being more flatland and corn. Our director and main producer team from our upcoming SILENT NIGHT IN ALGONA film has been here on a scout. Our trip in was hampered by delays and a few mishaps that are almost worthy of a comedy film. But once we arrived our stay has been incredible with so much support from the community. Tonight we are having a special BBQ by an award winning chef with the mayor and area dignitaries. We have been also getting incredible support from the area businesses all excited to have us here. Smithfield Foods is one of our international sponsors and our host on this trip. I’ve learned a few new pork grilling techniques that I’m excited to try when I get back home.

We were curious as to the availability of props in the area and we were happily surprised that almost all the props required- right down to WW2 wheelchairs and more will be available to us.

Even the period vehicles are all falling into place. I’m going to keep this short as we are about to go scout more locations today.

BEST YEARS GONE is racing around the track and heading for the checkered flag and finish line. Here is your advanced notice that if you go to NCG Owosso website and your buy a ticket for one of the two shows. Tickets are just standard pricing. The afterglow party will be free for every ticket holder. We’ll be doing PR on all this when we return this coming week but I wanted to give you all the first announcement. We’ll be doing a producer watch soon and after will be the final mix.

As noted we’ve been all over this area of Iowa and meeting so many people that either have seen our films or after meeting us are excited to watch our films.

WICKED SPRING – the HD campaign is about to roll out. I saw an early draft of the thumbnail poster art and had some comments on it including incorrect rifles and clothes that appeared a touch modern. Some alternations were made but they rolled with the wrong rifles and such and I told them the re-enactor/living historian crowd would hammer that poster and they are. To the casual Civil War enthusiasts it might fly but to my friends that live and breath the era – not. So my apologies for the inaccurate guns but that distributor marketing is not all under my control. But I do hope that you watch and enjoy the HD enhanced film. It is still a favorite of mine to this day.

Next week I should also be seeing a first cut of our documentary ‘FOR THE LOVE OF CATCH‘ and our short concept film ‘SMOKE & MIRRORS‘ and I’m excited to see these both drive towards a finished film.

I might be missing a few updates but I’m going to wrap it up. I need to eat something quickly before hitting the road. But this is an exciting time and we’re very happy with the progress we’ve made every day preparing to give our artists the support needed to tell this amazing WW2 story.

Have a great week and we’ll chat next week.

I’m fresh back from one of the local flea markets. I love to find past treasures that often end up as props either for a film set or a character. Not just for me but for others also. I’ve been just on cloud nine with the soon-to-release LOST HEART. I was really happy with the writing blend and even more on how Jesse Low and the cast and crew all performed and captured the story. I was heavily influenced by Spielberg when I was growing up. I think LOST HEART has a good mixture of humor and adventure and leaves you with a ‘feel good’ vibe. A film like MBF: MAN’S BEST FRIEND could not do that and keep the message strong. WILD FAITH had that uplifting ending as did FORTY NIGHTS and even THE CHRIST SLAYER. But CHASING THE STAR was written as the ‘Empire Strikes Back‘ of the biblical adventure trilogy. I’m excited that for this holiday window (Thanksgiving to Easter) they will be pushing the trilogy as a whole. They are best when seen all together. A new TRILOGY trailer will be edited by our distributor.

Back to LOST HEART you say! As I told our team – the film is done. The film is delivered to the distributor. It will be seen by millions around the world. So good job to our team. But we are now fighting for the icing on the cake. The theatrical events and premiere be in drive-in, theatrical or yes, even online. We are exploring a one night online premiere that would allow EVERYONE to participate in the event. The idea we have is a good one and would be DIFFERENT, but could be powerful. Its would include filming the pre and post party and broadcasting that with the premiere showing. The film will also be going to various networks to evaluate for ‘exclusive release’ or a period of time where the film can only be seen at this channel for a month or two. I would enjoy seeing it play on TV a while before the whole home-video release. We will see as talks continue this week. I don’t care how you all see the film we’re just looking forward to it being seen.

This month will be some investor dispersement as several of the films are earning steadily along. There is a fair amount of bookkeeping work that happens so that end-of-the year accounting goes smoothly. Watching the films and leaving reviews is a couple ways you can help small business. Many of you have been supporting us as shown by the numbers and the fan mail and we cannot thank you enough. You are why we tell these stories and we will continue to entertain you for many years to come. 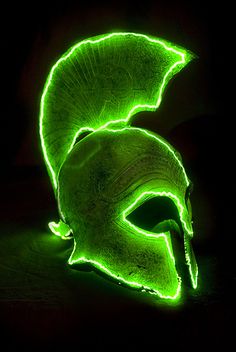 Is it MSU football time yet?

I’m going to sign off and do a few things around the homestead and the office. This past week I got to peel off a day and go to a couple of lakes with family. I’ve been getting things around for the beer and wine making and I’m going to get one or both of those going. We have new fall crop in the garden and we’ve started taking tomatoes. We had a few days that reminded us of fall coming. I know that wood stove and chill will soon be in the air. I hope everyone keeps the course and try to have patience with one another. Coffee toast – we’ll talk again next week.