Thoughts On Casting and December Updates.

So with the weather change in Michigan from bitter cold to wet and warm, my sinuses were bugging me this morning. I also had to play ref for doggie wrestle-mania. Also with the snow melting I had to do some puppy proofing in the yard. Little Finn is starting to explore, dig, patrol and eat sticks, bark, mud. I had to harvest up the remaining wild grapes because grapes can cause kidney failure. He started some puppy classes and Daphne, our older dog has been teaching him good and bad. Before Luke got sick Daphne and he use to play fight every day. She is a touch out of shape but Finn is making her exercise daily. They are quickly becoming good siblings. Our only regret is that Luke did not get to take on a parenting role with a new little one.

In between playing referee and doing work we’ve had TCM playing and I’ve enjoyed watching the many classic films. It is funny now how we can watch the credits and so many names are lost to me. I’m a lover of film and I still don’t recognize certain names that I’m sure were common household names at one time. But that is why we seek to make a few classic films that stand the test of time. To create those few roles that people will talk about for decades to come. I feel like I’m just coming into my prime as a storyteller both as an actor and producer. I also feel like my writing is finally being acknowledged and that’s a gift. But all the recent success is built upon many years of hard work. 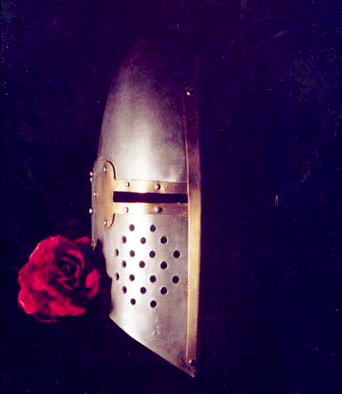 I think 2019 is finally the year to do the EARLY YEARS OF COLLECTIVE DEVELOPMENT which will be part film education. I would like to include the four first CDI films and the BTS and maybe a few retrospective interviews which might go on the social media. But before Michigan had a film boom it was truly a barren landscape with just a few filmmakers making a go at it. But KNIGHT CHILLS, FROM VENUS, HEAVEN’S NEIGHBORS and FIGURE IN THE FOREST were our learning years and we paid close attention to the business. I would like to package them up into a definitive collection.

Another area that I want to focus on is merchandise with our films. It’s something that I truly enjoyed throughout my life and I would like to be part of that tradition. I’ve had big ideas but like most filmmakers I’ve always been under financed. That is changing and I would love to put some of those plans in action. So feel free to drop a note here about any ideas for merchandise that you would like to see.

This week many projects were taken to the next level. In 2019 we’re going to see three CDI films move out strongly into the marketplace. We’re now on the front lines of a new theatrical partnership our distributor has put together. I’m awaiting the home video dates on WILD FAITH that has been delivered to the distributor. Tomorrow the re-mastered theatrical version of WILD FAITH will go to the theatrical partners. I’m in hopes to have a much more detailed announcement next week. We are still putting the final touches on a few deal points. But it will be all worth the wait.

MBF has had a good showing at the first film markets. The feedback I received was commenting on the professional quality and strength of the story. Our first trailer was put together somewhat in haste due to a sudden demand for a first look after Mipcom. It was decided to spruce up the AFM teaser and release it as a first trailer. I’ve had many people reach out who support our military and/or dogs to comment on the story. This will be a wonderful film with a strong message and we look forward to bringing it to everyone. There is an initial interest in a limited theatrical release – more to be discussed once we get the film further done the line.

THE CHRIST SLAYER – If you’ve watched FORTY NIGHTS and traveled into King Herod’s lands in CHASING THE STAR, the next journey is coming. The Quest Trilogy will be complete with part 3. We’ve been working hard in the studio and the film is now sounding great! The picture is just epic and now the music is matching. Sound design is so much fun adding wind, animals, crowds, creaks, sails, swords and the list goes on. We’re adjusting dialog where it’s needed to create great from good. Post is a serious process that really seperates the professional from the amateur. It takes time to get there and those watching our films would notice a steady progression. Now when we sit in the IMAX watching it on the big screen I’m always taken back to those early days. Keep moving forward.

LOST HEART is the film that is slated to be on deck for Spring 2019. A funny heart-warming drama that also deals with a few serious topics. Add a large dose of Michigan charm and I think we’ll have another great film. It will again be distributed under our deal with BMG. I’m also looking at Summer and Fall films and I know it will be a productive year ahead. I think we’ve found a few of our actors and some are returning favorites. We’ll be posting on this film as we enter the new year.

I’m going to also use the winter to finish a few of my other scripts including my Sci-Fi script. I’ve had a few people talk to me about commercial and non-commercial projects in the new year. Again if your script is good. You’re financed and compensating your talent, and you think I fit something, run it by me. I know, I’ve offended a few people with passes on projects in the past, but it was done politely.  We are defined by what we say NO too. When I say YES, I put my all into it. I’ve got a few projects that I put a lot of myself into and they never got finished. A couple were well compensated projects but still the art is buried. So I look for quality and people who can finish.

Speaking on this. I recently saw a project that looked interesting but before someone rearranges their day or even does a read, especially as a co-star or major role, I think signing a non-disclosure to read a script is in order.  If I have not worked with the group before, I do ask that the project be funded. Because reading, really reading can take 1-2 hours and if that time is spent, it should be worth it. There are exceptions, but I’m talking cold auditions for unknown parties. The response of “compensation is pending role and will be discussed if role offered” or “script provided only if cast”…whoa! What if the talent dislikes the script. Hours driving, memorizing, reading only to drop out after a read because of a poor script/blueprint. I don’t like my time wasted or to waste other’s time but will often do a quick “sketch” off sides if the story interests me. If they like the sketch the next step is to read the entire script if the film is funded. Nothing like those inexperienced filmmakers trying to raise 3.2 mil to do their first film. That’s like me and a few buddies building a spaceship out of lumber and junk to fly to Mars. Not likely. So, I’m going to remain open to working with some new folks but if you approach please do have your ducks in a row. I’m happy to see that happening with some of the Michigan groups. I’m beyond happy to see the success both in business and storytelling.

And with that…I’m going to make some lunch and do a few things around the house ands get ready for another great week. It has been a great mix of business and catching up with family and friends. I hope you also enjoy your day and have a great week ahead.

A rainy yet peaceful Sunday as I eat some peanut butter toast and sip it down with my coffee. This past week was full of good developments and opportunities. Let’s jump into some of the updates. First, “Chasing the Star” has moved from Lansing, MI Celebration Cinema to Emagine’s Royal Oak, MI in Detroit.

After that the film will travel back to Celebration Cinema in Grand Rapids, MI for a week – where after that? We’ll see.

As you watch this film it would be great for you to travel over to http://www.imdb.com and search “Chasing the Star”  VOTE and leave a REVIEW if so inclined. I enjoy seeing what audiences connected with. We have a couple of quality reviews coming up this week on the film. One really made me smile and was sent by our distributor Sat morning.  Another highlight for me was watching “CTS” on the sixty foot high IMAX screen in 5.1 – sitting in the recliner seats. So nice, it was also the screening my parents attended.

This upcoming month of May will have members of our team traveling to Florida for the ICFF festival where “Forty Nights” is up for several awards.

The remastered movie is now available on DVD and streaming.

Here is one of the featured new sites at Wal-Mart.

OR our friends at Christian Book

I also know we’re prepping for foreign sales with all the films. I see some of our foreign readers commenting and I sincerely wish to get our products to your territories. Same as “Chasing the Star” if you’ve seen the film please go to http://www.imdb.com “40 Nights or Forty Nights” and VOTE/REVIEW. 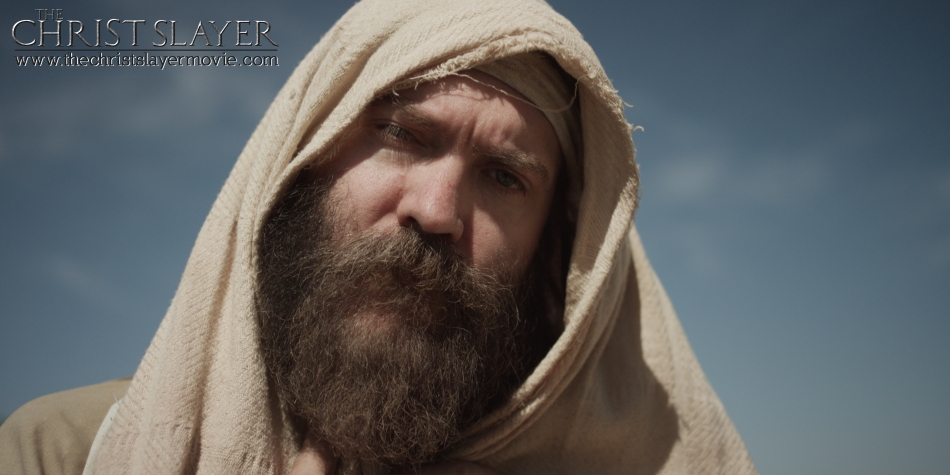 The third film in the trilogy is now in full editing. We’ve also been adding to the post-production team in the arena of VFX. We’ll be making some announcements on all that in the coming weeks . A first poster and trailer will arrive at some point here soon. We’re also going to be launching a new QUEST TRILOGY website in the coming weeks. Exciting stuff.

This has been an exciting project to move down the line. A VFX team is brought together. The “picture cut” has moved on to music and sound design and in a few months we’ll have our finished film. In the meantime the series spin-off is having serious talk. Lots of development work is being done on this endeavor. Hard work usually = progress.

Several additional projects are in development. I’m writing daily on new material. We’ll be making some announcements later in the year about the direction of some of these new projects. Aside from that I’m excited about getting the garden going and soccer starting next weekend. It will be time to tie up the cleats and kick some gr(ass).

I hope you all have a great end to your weekend and a great week ahead.