Good afternoon! I’m sitting here about to watch our Lions play football while filling all of you fine people in on the new develops. Last night we watched my alumni school Michigan State University fall short against Washington. Man, they had a hot quarterback who had his career best game. I hope todays outcome with the Lions is better.

FOR THE LOVE OF CATCH is having its premiere at the NCG Theaters in Owosso, MI on October 1st at 6pm ands 8:15pm with an afterglow that will likely be at Romas next door. This awesome project started with discussions around the table about the fighting arts and our director Curran Jacobs competitive runs both in MMA and twice capturing Catch-Can World Championships. What is Catch Can you say? That is why you need to watch and find out the common ancestry of many of the arts. You’ll learn about legends by legends of the grappling arts themselves. I’ll be attending with several of the CDI tribe to support the launch. If you want top see this on the big screen and meet the filmmakers, please do join us. Tickets will go on sale soon at the NCG Owosso. If you are unable to attend, the film will stream on Amazon Prime and likely Google Play, iTunes and more. CHECK IT OUT! Let us know your thoughts on our http://www.imdb.com page – See you there.

SILENT NIGHT IN ALGONA – Following the 4th release this year (For the Love of Catch) our WW2 Christmas film will premiere. The film is coming along great. We watched the second half of the film with the cleaned up dialog and the start of sound design. Music is going to start this week and that is one of my favorite parts of the process. The new theatrical trailer will start this week also. The premiere set up in Algona is coming together. They are limited in the area for places to show several hundred people at once. The one place that does seat a sizable number is lacking the right projection and audio equipment. The theatrical run will happen very soon after the Iowa premiere. We’ll be having a Michigan premiere also – we’ll focus on that once we get the Algona one finalized. It is all very exciting!

I’m going to work in the yard some more once the Lions finish their game, which so far they’re ahead 15-0. Go LIONS! I’m going to re-organize, re-charge and re-focus so we can have another great week ahead. We have some great meetings this week and I’m looking forward to a few scouting trips. I also know a few folks out there going through some hard times. We all take turns dealing with the hardships of life. So try to have more patience in dealing with people in your day to day. If you’re not dealing with anything heavy at this time be grateful. Pay attention to driving NOT your phone. I’ve seen way too many people way distracted. It totaled a neighbors vehicle but luckily did not badly injure or kill him. Leave earlier or arrive late but no need to push it. It can have bad repercussions. Okay. Enough warnings and sounding old- get off my lawn! Talk with you all next week.

Good morning my friends! On this thankfully cooler morning I’m sipping my hazelnut coffee and chatting with all of you. I noticed that many new friends stopped in last week to read my blog on the Virus of Hate. The world still reels from the actual virus and works to more forward with business and any sort of normalcy.

This week I split my focus on doing some outdoor work along with my indoor desk work. Outside I redid the perimeter of the office with cedar mulch and increased the room on the porch. Also the gate path was updated so that a small cedar bridge awaits new visitors to the office.

This week I worked hard to organize all my project notes and to push to finish several last details on the LOST HEART movie. I’m happy to report that color correction is completed. The VFX should all be complete as well and audio has a final mix on Monday before everything starts to be rendered together into one final movie. We are all so excited and we’re also exploring premiere and event options. It is sad that several movie venues like Goodrich Theaters have closed. I will be speaking with our distributor Tuesday but likely we’ll have two months to do any theatrical (drive ins?) that we can before an Oct. home video release. This movie is just what people need some humor and heartfelt adventure:)

This coming week I’m in hopes of releasing PR on the music of LOST HEART. We have another amazing score by Dennis Therrian and added music from the band Roanoke and…paperwork will be coming back this week and art is being done but I just can’t let the cat out of the bag just yet. That is an awful saying. But this other pair of artists come from a legendary music family and we’re proud to have them involved. One more week of waiting – you all can do it. I’ll give this hint- they are from the Nashville area. I know that doesn’t help much:)

BEST YEARS GONE – The new version of the script is ready for cast and crew. We’re in talks with sponsors and this week we’ll be looking at what B-Roll and VFX shots can be done in advance of the main shoot in the fall. We’re doing some location scouting, vehicle  hunting and looking for all those special things to showcase in the trailer. Travis Hayward will help us to capture some beautiful images that represent the wonder of Michigan. If you have a business or organization that you want to align with our inspirational film please do reach out. Our upcoming PR for BYG will focus on a pair of talented make-up artists that will be joining us again on this next adventure. I so appreciate all our cast and crew and we work hard to help people be a bit better stepping off our set versus when they first stepped on. I’ve watched many artists grow up right before my eyes on our sets.  TRIBECDI!

MBF: MAN’S BEST FRIEND – I received more fan mail over this movie over the weekend and I’m so happy that the film keeps expanding via word of mouth. We had several festivals lined up to showcase this film and we were/are nominated on several fronts for this film. I hope we can bring this film out to Hollywood later this year and to a few other events. If you have not seen this movie you should. It will stand as one of my most challenging roles but one I will cherish for a lifetime.

WILD FAITH  – We made some more steps in the development of the TV series ‘Hastings’ as the pilot feature keeps growing its audience as well. Of our distributors films – WILD FAITH was again the #1 watched film on several platforms. Many platforms are focusing on the ‘Social Justice’ films and we certainly qualify. We were recognized for promoting such themes in our story as noted by the award above. Much like the ‘inspirational’ awards I like this one because it represents everyone’s work and the end result.

FORTY NIGHTS, CHASING THE STAR, THE CHRIST SLAYER – In honor of Chuck Heston our biblical adventure series is licensing around the world so that millions can experience our stories. I’m excited that a new trilogy trailer will be releasing in the fall for the start of the holiday window. (Nov. – April) I love Yuma, AZ where we filmed these movies and I’m beyond proud with each new territory that shows our films. Do you have a favorite in the trilogy? They are meant to be watched all together and in order. Have you experienced The Quest Trilogy? Watch them! 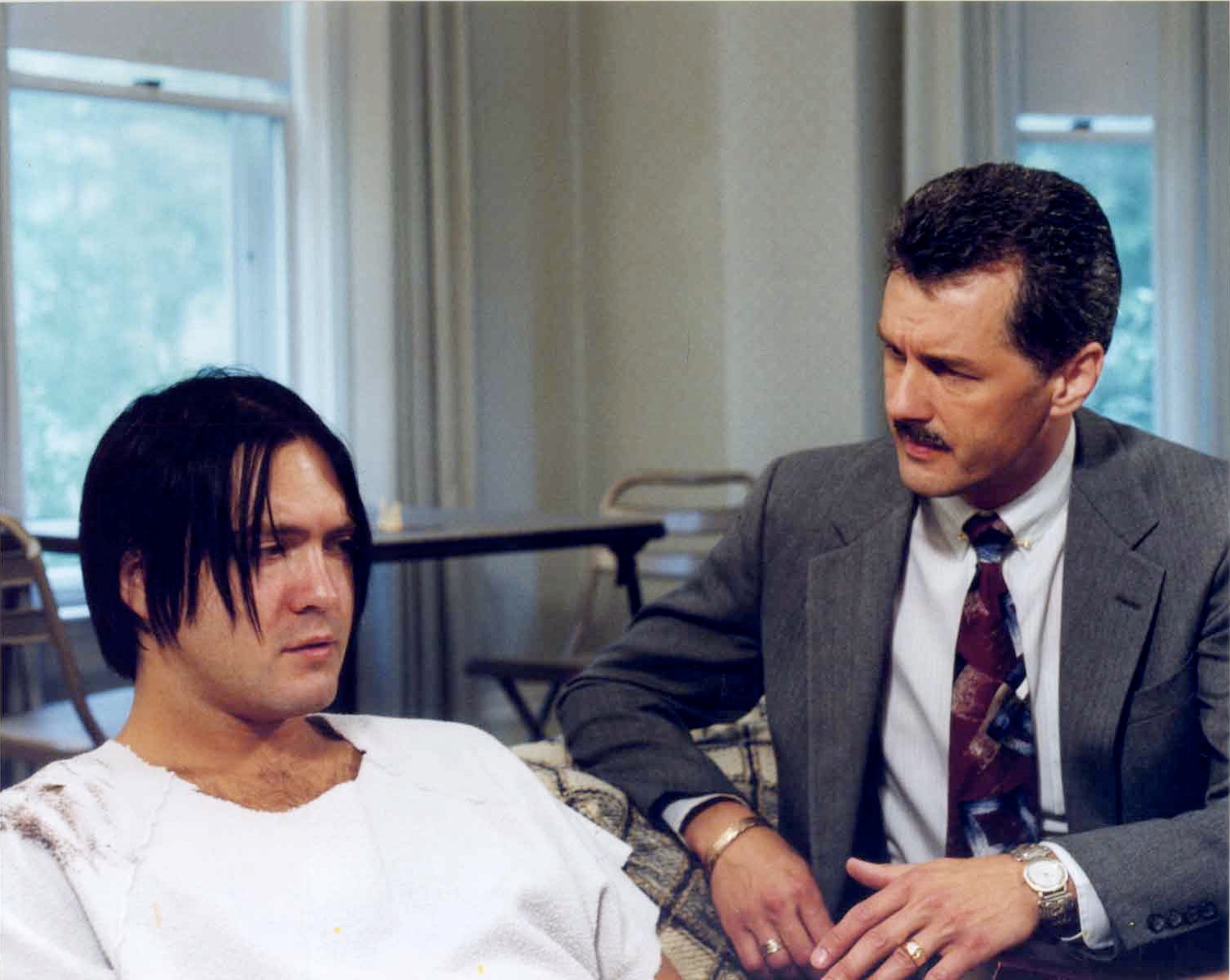 as “John Choler” in HEAVEN’S NEIGHBORS

Do you want to go old school and see some early CDI films? We’re started releasing “The CDI Classic Collection” starting with a pair from CDI’s own Jeff Kennedy – HEAVEN’S NEIGHBORS and FIGURE IN THE FOREST – add them to your collection today!

We do have plans to release a double feature of KNIGHT CHILLS and FROM VENUS at some point. Also we have other ‘COLLECTIVE COLLECTABLES’ coming your way. DEAN TEASTER’S GHOST TOWN tee-shirts are also on the CDI Ebay site. Stay tuned for more as we develop the website for the merchandise. If you want to advertise your company or service along with a CDI brand or product please do reach out. We want to use these millions of eyes to help you get the exposure you deserve.

Last week we discussed some of the development projects and we’ve been strengthening the presentation materials for those properties. I also had a wonderful conversation with a filmmaker in New Mexico that might lead to some sort of collaboration. A lengthy conversation showed me another like-minded artists who might be able to assist a few of the projects in development. 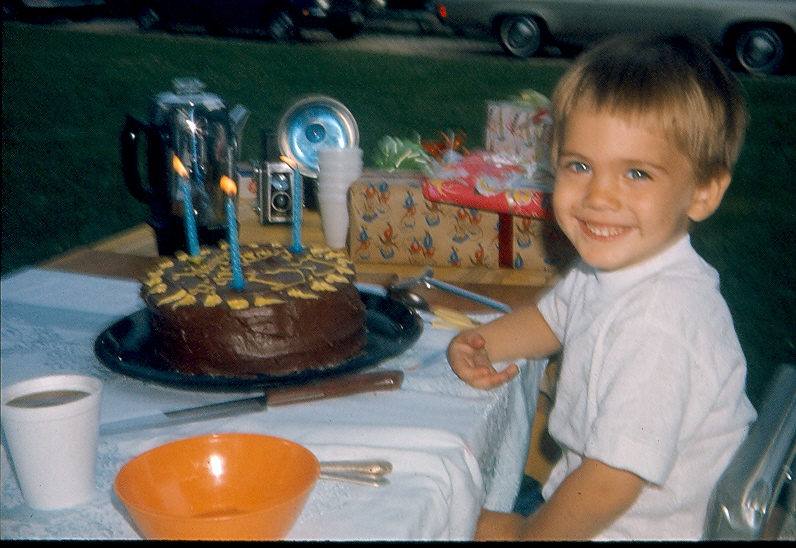 Thank you to all those that sent birthday wishes last week. I’m going to wrap this up for now and this morning they have a flea market we like to walk. We came home with a lawn chair on our last adventure. I love seeking out props and such at this places. Treasures to be found for sure. I might put a mowing on the yard today or wait a day or so. I was going to discuss all this talk of boycott and hiring but there is no definitive right and wrong in my eyes. I do think it’s a mistake when people use a ‘one size fits all mentality’ with issues. It’s lazy and it hurts the respective cause much like that one actor who said he was ‘racially attacked’ but he wasn’t. Police shoot a suspect who pulls a gun aiming at them is much different versus someone being shot running away with a taser. Blaming entire groups of people for the actions of a few is again just a stereotyping. Breaking News should wait before reporting in some cases because retraction hurts the cause, the source and only benefits the media. I appreciate and respect the media I just urge responsibility. Slow down…no problem with saying, “We don’t know” and report as the story develops. Enough of all the soap boxing as if we don’t get enough of that. I would have a drink and chill with any of you no matter what box you check in November. I hope wherever you are that you have a safe and productive work week ahead. And again – be good to one another.